However I have been getting questions regarding which hotfix should one install first – KB4560496 or KB4567007 ?. The question wouldn’t have come up if one had read about the KB4560496 hotfix in detail.

Well, if you have the same question let me answer it. KB4560496 is a new hotfix while KB4567007 is an old hotfix or previously released hotfix. If you haven’t installed KB4567007, probably you will see both the hotfixes in the console.

You must always read the hotfix description before installing it. Read more about KB4560496 hotfix – https://support.microsoft.com/en-in/help/4560496/update-rollup-for-microsoft-endpoint-configuration-manager-version-200. 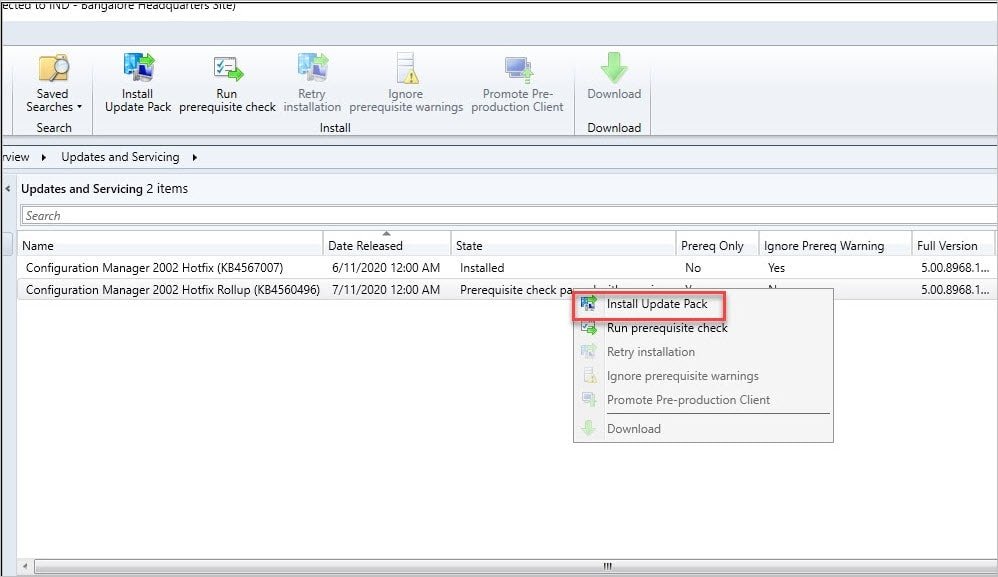 You do not have to restart the computer after you apply this update. After you install Configuration Manager 2002 hotfix KB4560496, the KB4567007 disappears from the console.

So I hope i have cleared the doubt regarding which hotfix should you install in SCCM 2002 console. If you have any further questions, feel free to log them in SCCM forums.