Today, 22 September 2019 marks the end of support for SCCM 1802. We know that SCCM 1802 was a baseline version and it was also available as in-console update. However every version of ConfigMgr has a support end date. To get the latest features and fixes, you must update your Configuration Manager environment to the latest version.

As per Microsoft every new update version remains in support for 18 months from its release date. During this period Microsoft provides technical support for version. All support ends after the 18-month life-cycle has expired for a current branch version.

If you are running SCCM 1802, it’s time to update your ConfigMgr to the next version. The next version after SCCM 1802 is SCCM 1806 while version 1906 is the latest version that you can update to.

Here is a chart that lists the supported ConfigMgr current branch versions. Notice that support end date for SCCM 1802.

If you want to upgrade SCCM 1802 to next version, I would suggest you to upgrade to version 1906. SCCM 1906 comes with cool features, lot’s of fixes and improvements. Listing below are some resources to help you with upgrade. 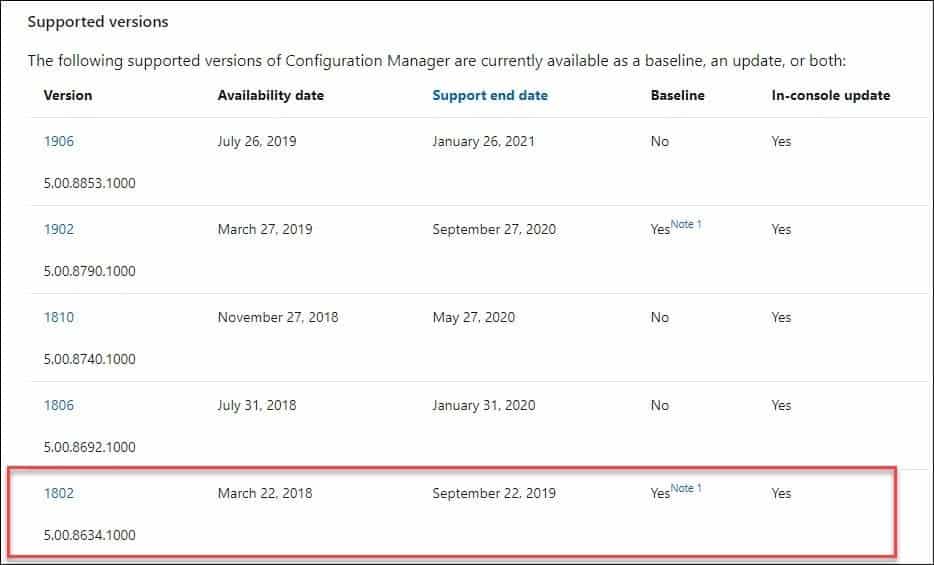